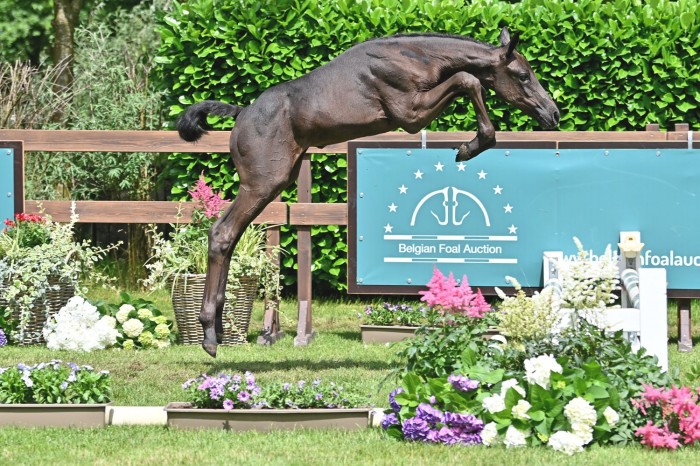 Saturday 14 August was a top evening for the Belgian breeders. Star of the night was Virtual Volta NDP who leaves for €42000 to a renowned Belgian jumping stable. The fillies were very popular, Valencia AEG and Vinomina st. Hubertushoeve left for respectively €28000 and €24000. The average price peaked at €16000, a new record for the Belgian Foal Auction.

The live and online combination was clearly a success. The good atmosphere in Sentower Park stimulated the online buyers. Foals were sold to the United States, UK, Italy, Estonia, Netherlands, ... The Irish buyers were impressed by the exceptional quality, they bought no less than nine foals!

The Belgian Foal Auction selection system, first the foal then the pedigree, appears to be clearly successful. Not only our references prove this, but also the current auction prices and the satisfied customers and breeders.